Polystyrene (PS) is a transparent thermoplastic that is available both as a conventional solid plastic and as a rigid foam material. Polystyrene is used in a variety of consumer products and is also suitable for commercial packaging. As a hard and solid plastic, it becomes packing of product that need a transparent coating, such as food packaging and laboratory utensils. When it is made with different colors, additives or other plastics, it is used to make home appliances, electronics, auto parts, toys, garden pots and so on. Styrene is also found naturally in foods such as strawberries, cinnamon, coffee and beef. 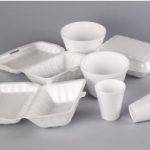 The solid plastic form of polystyrene is commonly used in medical equipment applications such as tubes and laboratory utensils or in the manufacture of food containers or disposable cups. 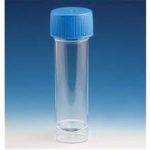 The foam form of polystyrene is often used for packaging and protection of products. Polystyrene foam can be composed of more than 95% air and is widely used for insulation of residential homes and appliances, lightweight protective packaging, surfboards, dining accessories, food packaging, auto parts, systems Used to stabilize the road and so on. If you’ve ever bought a new TV, you’ve probably unlocked a custom (Ionolite) cover. Similarly, you are probably familiar with the so-called )Peanut Packing( for protecting PlayStation foam products, which is used as a vacuum filler in product packaging.

What are the properties of polystyrene?

The Polystyrene typically (but not always) is a homopolymer, meaning that it is composed only of styrene monomer in combination with itself. Depending on the type of PS, it can be classified as a “thermoplastic ” or “thermoset”. These names refer to how plastic reacts to heat. Thermoplastic materials become completely liquid at their melting point (210-249 ° C for polystyrene), but begin to flow at their glassy point of 100 ° C.

One of the useful features of thermoplastics is that they can be heated, cooled, and reheated without significant damage. Instead of burning, thermoplastics liquefy, allowing them to be easily injected and then recycled. In contrast, thermostatic plastics can only be heated once (usually during the injection molding process). The first heating causes the thermostatic material to solidify, resulting in a chemical change that is irreversible. If you want to heat a hot plastic for the second time at a high temperature, it simply burns. This feature makes thermostatic materials a poor candidate for recycling.

Polystyrene is widely used as a foam and is a leader in industrial packaging, but it also has industrial applications as a traditional plastic application. Polystyrene has been used in a wide range of industries. For many years, it is also known as styrene, has been used as a prototype raw material, essentially in the same way that ABS is now used. It is cheap, easily available, white in color and accepts glue, sanding, cutting and painting well. (S stands for Styrene ABS.) Many older engineers and designers who have been in the industry for lack of time are asking for a styrene model when they are looking to build a prototype that is quick to make.

What are the different types of polystyrene?

General purpose polystyrene (GPPS) is a hard and transparent homopolymer, with excellent ductility, and a very reasonable price, which is used for general purposes. This polymer has been widely welcomed due to its properties such as transparency, resistance to moisture absorption, lack of odor and taste, as well as good moldability, and in the manufacture of items such as disposable tableware, sanitary ware, sports, toys, automotive industry. And… is used.

Among the different types of foam, expanded polystyrene (EPS) is polystyrene from which white foam products are produced.

Extruded (XPS) as a multifunctional material in addition to thermal, moisture and sound insulation due to its high strength can play the role of part of the structure and has a great impact on lightening. XPS is a higher density foam commonly used in applications such as building models for architecture. Some types of polystyrene plastics are copolymers.

Expanded Polystyrene (EPS) is the most well-known and common type of polystyrene, including polystyrene foam and Peanut Packing foam. PS homopolymer is often relatively brittle and when combined with other materials make High Impact Polystyrene (HIPS) that is an economical and pervasive polymer that has good impact resistance. It has stability and has good dimensions. The film can also be used in packaging applications. 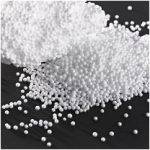 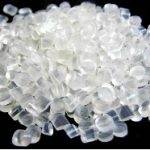 How is PS made?

The production of polystyrene, like other plastics, begins with the distillation of hydrocarbon fuels into lighter groups called “fractions”, some of which combine with other catalysts to produce plastics (in polystyrene through the polymerization process). Polystyrene foam is produced using “blowing agents” that expand, creating a foam that will be composed of trapped air.

The (PS) for prototype development in CNC machines and 3D printers:

It is available in sheets, rod stock and in various forms. This is a great candidate for machining processes on a CNC machine. Colors are usually limited to clear, white and black, although colors can be added and are a great case for coloring. We have heard of companies using high impact polystyrene (HIPS) as a filler for 3D printing (in the form of a string).

General Polystyrene (GPPS) and High Impact Polystyrene (HIPS) are probably the most common PS resins for injection molding GPPS. It is transparent, but it is fragile. Consider a crystal CD container while it is opaque and very fragile. 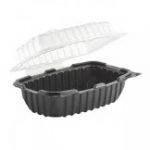 PS is generally non-toxic and odorless. It is a commonly used in the food packaging industry.

Note: Polystyrene is flammable and similar to other organic compounds that emit carbon dioxide and water when burned.

What are the disadvantages of polystyrene?

It is very ineffective, meaning it does not react well with acidic solutions or alkalis. This feature allows the polystyrene to last a long time in the natural environment and this causes waste.

Note: Polystyrene dissolves relatively quickly in contact with chlorinated or other hydrocarbon materials.

Packaging is usually done to the customer’s order, but it is recommended to use a 1000 kg bag or jumbo as well as a paper bag and polypropylene on the pallet for maximum use of the container volume and optimal weight.

Ready to send to all parts of the world