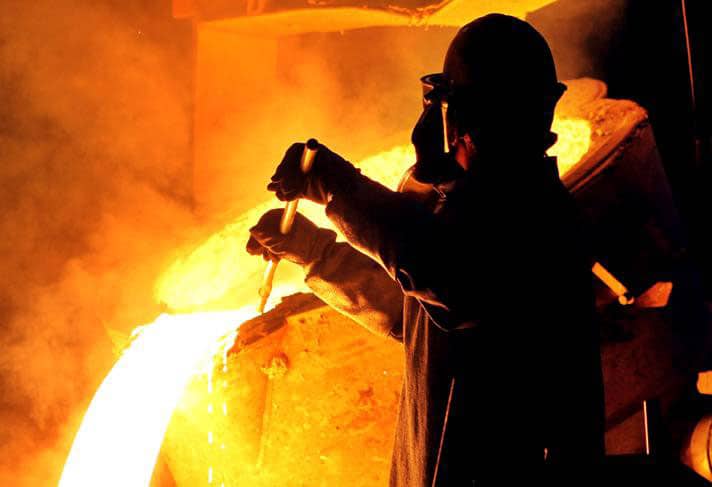 General description of gilsonite manufacturer for foundry propose in foundry

Gilsonite foundry additive for foundry sand pre-blends providing reduced smoke and other emissions, the additive comprising a mixture of one part iron oxide, one part of a highly volatile carbonaceous material such as Gilsonite , and four parts of metallurgical coke.

The additive is used as one quarter of the foundry sand preblend, the other three quarters consisting essentially of clays.

Preblend compositions of binders and other proprietary materials used to make molds and cores for producing castings are well known.

Foundry sands, which are composed mainly of silica sand with clays and carbonaceous materials mixed and mulled together, when compacted to form molds, resist penetration by molten metal and the tendency of the molding sand to fuse or stick to the casting.

One of the problems associated with the known pre-blend carbonaceous additives discussed above, particularly believed due to seacoal, is the smoke and other emissions that can be environmental hazardous. These gases are released when the materials are heated in an oxygen free atmosphere.

Ratio of gilsonite in foundry

Although the ratio of one part iron oxide, one part of a highly volatile carbonaceous material such as gilsonite and four parts of metallurgical coke in the additive is a preferred ratio to reduce smoke and/or emissions and give proper finish to the castings, some variations may be permissible.

When the additive is combined with the clays, the nominal percentages by weight of the pre-blend would be around 4% iron oxide, 4% Gilsonite and 16% metallurgical coke, the balance being essentially 70% to 75% clays and small amounts of other materials.In the case of greater than normal amounts of smoke and/or emissions, the amount of the iron oxide can be increased in steps of 0.5% of the pre-blend with a similar reduction in the metallurgical coke.

In the case of poor shakeout peel or casting surface problems the highly volatile carbonaceous material such as uintaite can be increased in 0.5% steps with a similar reduction in the clay portion of the pre-blend.

The permissible ranges of constituents beyond which the additive would be less effective, expressed as a percentage by weight of the pre-blend, are 2%-6% iron oxide, 6%-2% uintaite, and 12%-18% metallurgical coke.